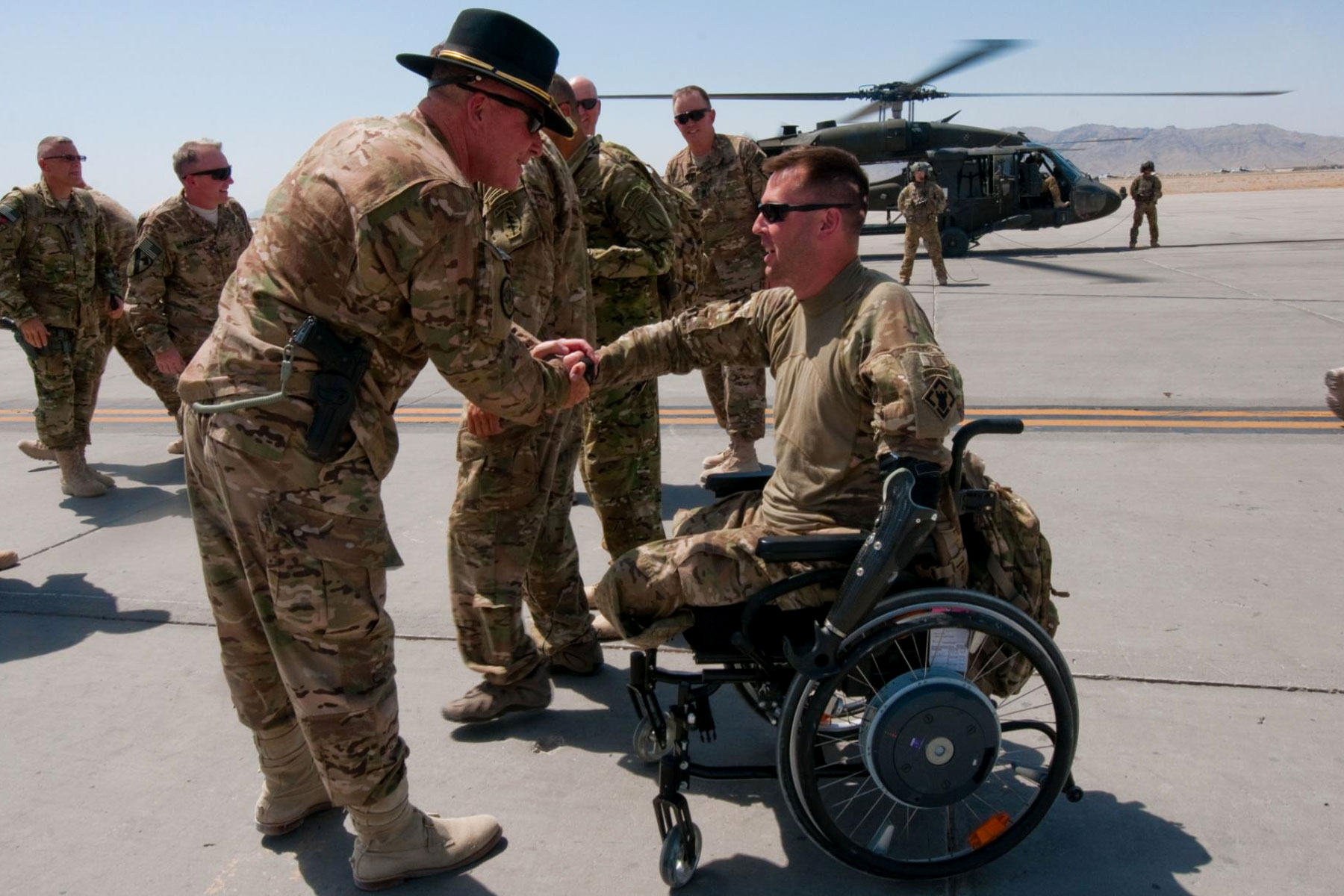 An Army combat veteran, who lost three of his limbs from a roadside bomb explosion in Afghanistan, appeared Saturday on Fox & Friends to share his inspiring story about climbing Mount Kilimanjaro.

“My driving force was the five guys [who] didn’t make it home,” said Adam Keys, referring to members of his platoon who died from the explosion.

After being severely wounded in 2010, Keys made it through more than 100 surgeries. He said on Saturday that, after receiving new prosthetic legs, he decided to train for the 19,000-foot trek up the highest mountain in Africa.

A Purple Heart recipient, Keys left his medal at the summit of Kilimanjaro to recognize servicemen and women around the world.

“We’re all in this together and we always have been,” he said. “It was my Purple Heart but I left it at the top for all of us.”

He added that the climb took him six days and that he trained for six months to prepare his body. “Most people said [they train] for a year, year and a half,” he said.

Keys’ next big test is to run in the New York City Marathon on November 4.

© Copyright 2018 Fox News. All rights reserved. This material may not be published, broadcast, rewritten or redistributed.