We stand by the Kashmi­ris in their just histor­ical stance, ISPR quotes army chief as saying­ 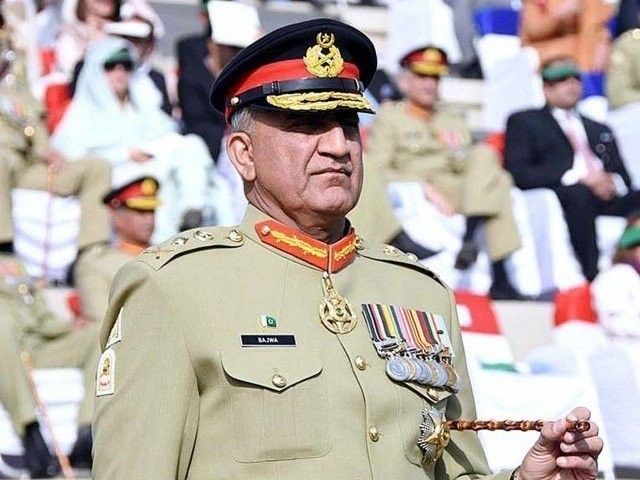 Army chief Gen Qamar Javed Bajwa has said the armed forces are ready and resolute in defending the motherland against any misadventure.

“COAS visited troops on LOC [Line of Control],” said the Inter-Services Public Relations (ISPR) in a Twitter post on Thursday.

COAS visited troops on LOC. “Pak Army is fully invested in peace & stability of the region. We are ready & resolute in defending the motherland against any misadventure. Kashmir remains the core unresolved agenda & we standby the Kashmiris in their just historical stance”, COAS. pic.twitter.com/FNOVGcOExu

“Pak Army is fully invested in peace & stability of the region,” the military’s media wing quoted Gen Qamar as saying.

Kashmir, Army chief said, remains the core unresolved agenda, and we stand by the Kashmiris in their just historical stance.

Earlier in September, Indian army chief said time was ripe for ‘another surgical strike’ on ‘terror launch pads’ across the LoC.

“I believe there is a need for one more action (surgical strike). But I will not disclose how we intend to go about it,” Bipin Rawat had said during an interview.

In 2016, India claimed to have carried out ‘surgical strikes’ on ‘terror launch pads across the LoC following an attack on a military base. Categorically rejecting Indian claims, Pakistan announced to have captured an Indian soldier the same day.