Hyderabad: As the country celebrates Army Day on January 15, it may be pertinent to reflect on the suicide rate in the three Indian Armed Forces. The most number of suicides have been reported in the Army, followed by the Air Force and then the Navy. 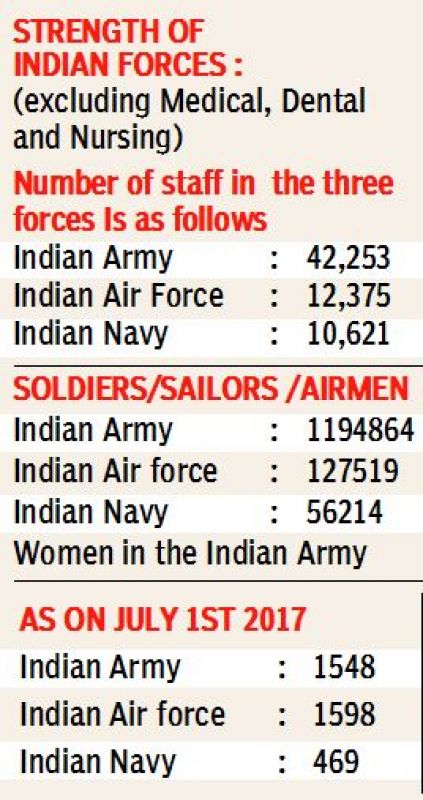 In answer to a question on the high suicide rate in the army, Chief of the Army staff General Bipin Rawat, who was visiting Hyderabad in December 2018, had replied that “one should look at it as the suicide in humanity and not army specific.”

Dr Subhash Bhamra, Minister of state, Minis-try of Defence said that “various steps have been taken by the Armed For-ces to create a healthy /appropriate environment for their officers and other ranks. Some of these steps are provision of better quality of facilities such as clothing, food, married accommodation, travel facilities, schooling, recreation etc.” He said welfare meetings are held periodically in Army camps and yoga and meditation are used for stress management. “During every trai-ning session a psychological counsellor is deployed.  Projects like MILAP and SAHYOG have been implemented by the Northern & Eastern Command to red-uce stress among troops. A ‘Mansik Sahayata Helpl-ine’ has been established by the Army and Air Force to provide professional counselling. Mental health awareness is provided during pre-induction training.”

The Army has established a Military Psychiatry Treatment Centre at INHS Asvini and Mental Health Centres in Mumbai, Visakhapatnam, Kochi, Port Blair, Goa and Karwar to counsel its men.

In 2018 a large number of senior rank officials opted for premature retirement. In the Army, 3844 JCOs applied for early retirement while 136 airmen and 144 IAF officers applied for the same.

Terrorists struck Indian Army camps  nine times in the last four years (Source: ministry of defense). A majority of the attacks were reported in Jammu & Kashmir, including the September 2016 Uri attack.

The country lost 35 soldiers and two civilians died in crossfire in the nine attacks.

The maximum loss was reported in the Uri attack. In five incidents of terrorist attack, the Army lost 26 soldiers with 25 injured.

Army shot 10 terrorists in the same period of time. Dr Subhash Bhamre, minister of state in the ministry of Defence (while addressing a question) said, “The Defence Services have taken a number of actions,  including risk categorisation of military bases,  appraisal and up-gradation of intelligence gathering capabilities,  strengthening and streamlining of the response mechanism,  Unmanned Aerial Vehicles (UAVs),  periodic security audit of all military installations and more. The Army also carries out in-depth analysis of the terrorist incidents and security breaches that are identified with various incidents.

Perimeter security projects of all the three Armed Forces have been sanctioned by the Government.” He further added, “All terrorist attacks on Army camps are investigated in detail, and prima facie it was found that these attacks were carried out by terrorist outfits. Government had issued broad guidelines for Security of Defence Installations and in compliance to the said guidelines.”