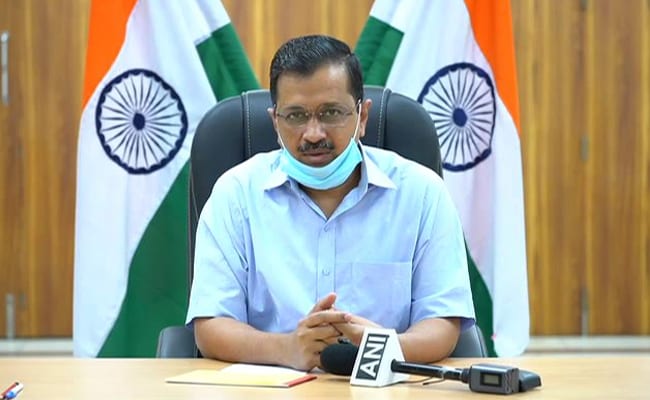 Plasma therapy is another important weapon that is being used for many patients, Mr Kejriwal said. (File)

Delhi Chief Minister Arvind Kejriwal acknowledged on Saturday that because of a shortage of beds in hospitals for COVID-19 patients in the first week of June, the death count due to the disease started rising in the national capital, but asserted that there is no such deficiency as of now.

Ramping up the number of beds, testing and isolation, providing pulse oximetres and oxygen concentrators to the patients, plasma therapy, screening and survey are the “five weapons” being used by Delhi government in the fight against the coronavirus, Mr Kejriwal said in a virtual briefing.

He also said the virus spread faster than expected in Delhi after the lifting of lockdown restrictions and the death count rose in the initial days as the city did not have the required number of beds for COVID-19 patients then.

Listing his government’s measures to combat COVID-19, the chief minister said it is a “difficult” war being waged by Delhi against the virus, it will win the war but it will take time.

He said since the last one month, his government has significantly increased the number of beds for coronavirus patients through steps like reserving 40 per cent beds in hospitals for such patients and declaring some bigger private as well as government hospitals as dedicated for COVID-19.

By May 15, the virus had spread rapidly and from the first week of June, there was a shortage of beds and testing and hence, the death count started rising, Mr Kejriwal said.

“By the first week of June, we found that there was a shortage of beds and testing in Delhi. As some people could not get beds due to the shortage, the death count started rising,” he said.

“Earlier I used to get phone calls for beds in hospitals till late at night. That has stopped now. Currently, there is no shortage of beds for coronavirus patients, but we are still ramping up the number of beds,” he said.

The government had an option to either continue with the lockdown or fight the virus and it chose the latter after consulting people, the chief minister said.

The government took the decision to attach hotels to hospitals and created 3,500 beds in these hotels. At the Radha Soami Satsang premises, arrangements for 2,000 beds have been made, Mr Kejriwal said, adding that 10,000 beds will be arranged at the earliest.

Also, at the Burari hospital of the Delhi government, 450 additional beds have been arranged and the government is working to ensure oxygen supply to all the beds, he said.

Mr Kejriwal said in March, when the virus was spreading across the world, around 35,000 people from abroad, particularly from the countries most affected by the pandemic, came to Delhi.

“They were screened and those with fever were admitted to the Ram Manohar Lohia (RML) and Safdarjung hospitals. These people went home and apparently, the virus spread from person to person,” Mr Kejriwal said.

Those days there was little information and guidelines on coronavirus and even testing kits or laboratories were not available, he said.

The number of COVID-19 tests, which was roughly 5,000 per day in the first week of June, has now been raised to 20,000. The Centre has helped the Delhi government start rapid tests and now nobody complains that tests are not happening, the chief minister said.

A serological survey has started in Delhi from Saturday. It will cover 20,000 people and determine the extent of coronavirus spread in the national capital, he said.

The asymptomatic COVID-19 patients and those with mild symptoms in home isolation have been provided with pulse oximetres and the government has procured 4,000 oxygen concentrators to provide artificial breathing to those who need it, the chief minister said.

Plasma therapy is another important weapon that is being used for many patients, he said, adding that Delhi was among the first cities in the country to start the therapy, following a trial on 29 patients that gave successful results.