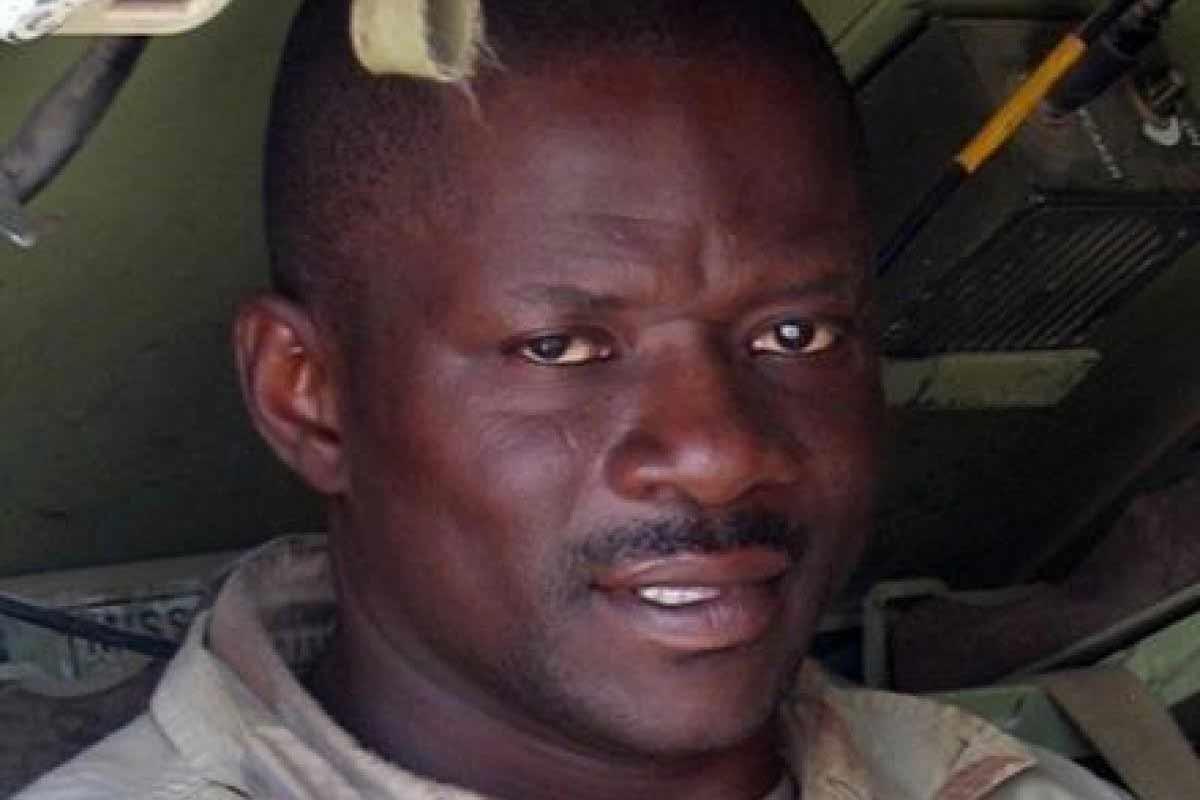 On the heels of new assurances from Defense Secretary Mark Esper that he’ll support efforts to award fallen Iraq War hero Alwyn Cashe the nation’s highest military honor, a bipartisan group of lawmakers has introduced a bill that would clear away the remaining legal hurdles.

Florida Reps. Stephanie Murphy, a Democrat, and Michael Waltz, a Republican, and Republican Texas Rep. Dan Crenshaw on Wednesday introduced legislation that would waive a requirement that the Medal of Honor be presented within five years of the heroic action it recognizes.

Cashe’s family has been waiting much longer than that.

On Oct. 17, 2005, Cashe, a 35-year-old Army sergeant first class deployed to Iraq, was in a Humvee that ran over an improvised explosive device and burst into flames. The explosion left Cashe drenched in fuel and burning. But he paid little attention to his own pain and risk. He entered the burning vehicle again and again to drag out his teammates still inside, ultimately pulling all six soldiers out of the Humvee.

Cashe’s own burns were devastating. He’d succumb to his injuries Nov. 8, 2005.

“As we were fighting the fight and clearing the scene, he wouldn’t leave,” Maj. Jimmy Hathaway, Cashe’s company commander with A Company, 1st Battalion, 15th Infantry Regiment, 3rd Infantry Division, said in a 2014 Army release. “He wanted to make sure all of his guys were out first even though he was burned over most of his body. He was still more concerned about his guys getting out than he was.”

Cashe received the Silver Star for his bravery, but advocates have long believed he deserved the Medal of Honor instead.

“For well over a decade, there has been a painstaking effort by SFC Cashe’s family, friends, and former comrades to have his Silver Star upgraded to the Medal of Honor, which is clearly justified by the facts of this case,” Murphy said in a new statement. “We were thrilled when Secretary Esper determined that SFC Cashe’s actions merit the Medal of Honor. With the introduction of this bipartisan bill today, my colleagues and I are working together to remove the one remaining technical obstacle that stands in the way of this incredible soldier receiving the recognition he earned.”

Esper wrote to the lawmakers Aug. 24 to say that he’d reviewed Cashe’s case and agreed he deserved the medal. He noted that Congress would first have to approve the time waiver, and added that the decision authority to award the medal rests ultimately with the president.

The lawmakers stated in their release that they’re also working with the House and Senate Armed Services Committees to include a waiver for Cashe in the fiscal 2021 National Defense Authorization Act “to maximize the chance of successfully enacting a waiver that would enable the President to award SFC Cashe the Medal of Honor as swiftly as possible.”

Waivers of this kind are not uncommon: A broad-edged waiver approved by Congress in the fiscal 2017 NDAA to allow for a Pentagon-wide review of military valor awards presented in post-9/11 conflicts expired last December.

Kasinal White, Cashe’s older sister, who spoke to Military.com in August, said her family has long fought for the medal upgrade out of devotion to the family’s legacy and name.

When Cashe is finally approved for the Medal of Honor after 15 years, she said, “Oh my God, there is going to be a party, the likes of which you have never seen before.”

© Copyright 2020 Military.com. All rights reserved. This material may not be published, broadcast, rewritten or redistributed.