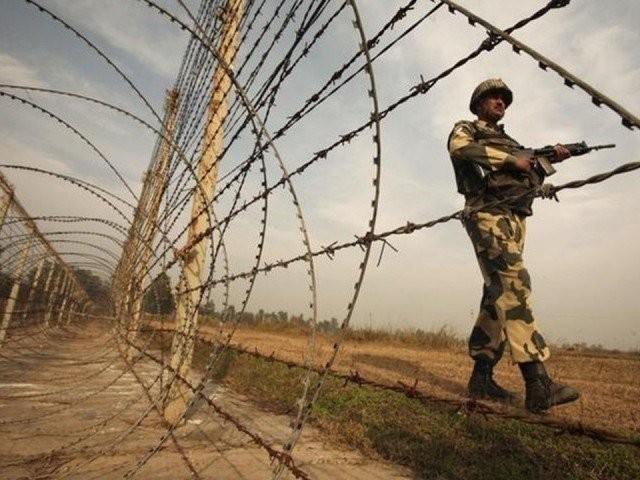 One civilian killed, another two injured due to ceasefire violation along LOC, according to DG ISPR. . Photo: File

The Indian army initiated a ceasefire violation along the Line of Control late on Saturday night, killing one civilian and injuring two, according to the ISPR spokesperson.

A tweet by the official Inter-Services Public Relations (ISPR) director-general’s account on Sunday stated that 13-year-old Iqra Shabbir was killed, while her mother, and a 12-year-old boy were critically injured, due to firing by the Indian troops in Hajipur and Bedori sectors of the Kashmir region.

On June 18, the foreign ministry had summoned Indian Charge d’Affaires Gaurav Ahluwalia and registered a strong protest over the ceasefire violations by the Indian occupation forces along the LoC on June 17. The incident resulted in the martyrdom of four civilians and serious injuries to one.

A Foreign Office press release said that the Indian diplomat was summoned by Director General (South Asia and Saarc) Zahid Hafeez Chaudhri to protest the “indiscriminate and unprovoked” firing by the Indian occupation forces in Bagsar and Nikial sectors of the LoC.

“The Indian occupation forces along the LoC and the Working Boundary (WB) have been continuously targeting civilian populated areas with artillery fire, heavy-calibre mortars and automatic weapons. This year, India has committed 1,410 ceasefire violations to date, resulting in 12 Shahadats and serious injuries to 102 innocent civilians,” the Foreign Office said.

Chaudhri added that by raising tensions along the LoC and the WB, India could not divert attention from the worsening human rights situation in the Indian occupied Jammu and Kashmir (IOJ&K). The Indian government must realise that its irresponsible policies and unilateral actions were increasingly imperilling peace and security in the region.

“More than 110 innocent Kashmiris have been martyred by Indian occupation forces during the past 5 months in fake encounters and so-called cordon-and-search operations,” read a statement issued by the Foreign Office.

The statement came a day after the regional police said that they killed eight freedom fighters in two separate gunfights in the occupied region in the past 24 hours.

“In the last two days alone, another eight Kashmiris have been martyred in Pulwama and Shopian,” said FO Spokesperson Aisha Farooqui, holding the Modi-led BJP leadership responsible for the “politically-motivated, arbitrary” killings of Kashmiris.