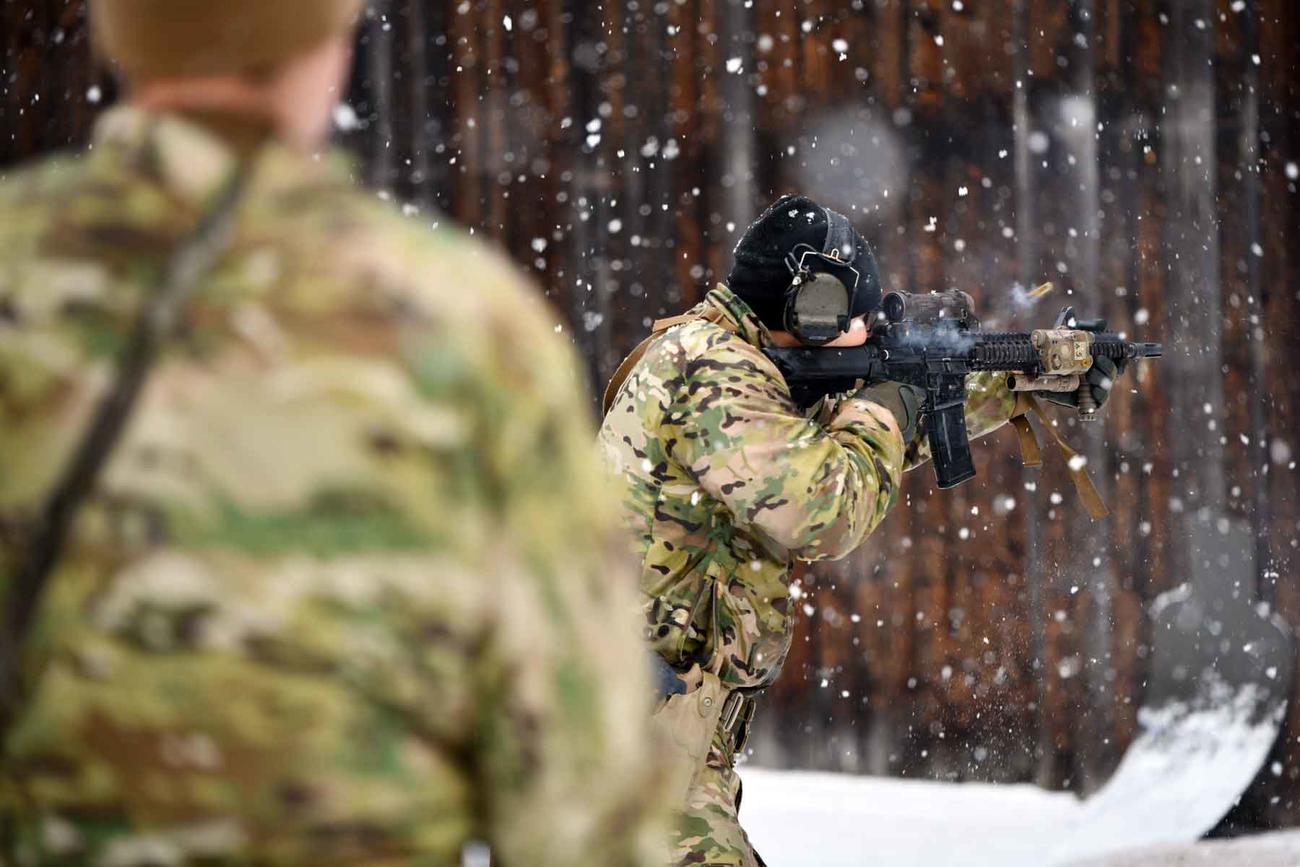 Changes made to a special operations firing range in Germany may have helped cut blood lead levels in soldiers who trained at the facility — fixes the authors say could be helpful in reducing exposure to the toxic element at weapons ranges across the services.

After the Army completed lead abatement efforts at the unnamed range, levels found in service members dropped from as much as 15 points above the Defense Department’s 20 micrograms per milliliter of blood limit to well below the threshold.

The number of individuals who exceeded the DoD lead limit also fell, from nine troops to zero, an important measure because service members with blood lead levels of 20 micrograms per deciliter or higher must be removed from training.

The study, published in the March edition of the Defense Health Agency’s Medical Surveillance Monthly Report, noted that simple changes at ranges and good range hygiene could provide a realistic but safe “training environment … for soldiers who participate in frequent live-fire small arms training.”

U.S. Army Special Operations Command began looking at the issue of lead exposure on firing ranges beginning in 2012, when it found that soldiers training at the U.S. Army John F. Kennedy Special Warfare Center were testing high for lead exposure.

Lead is released into the air during the process of shooting a firearm: lead particulates become aerosolized when the primer is struck and as a lead bullet leaves the chamber. This dust is discharged where it can be inhaled or settles on skin, clothing and equipment and can be ingested.

For the most recent study, researchers reviewed the blood lead level tests of soldiers who used the range before mitigation efforts and compared them with the results of blood tests taken after the changes were made in 2017.

According to the report, the fixes at the range included replacing contaminated sand and synthetic backstops, swapping out some sand backstops with synthetic, limiting a range with a sand backstop to low-volume firing and enforcing range hygiene protocols, such as laundering clothing worn on the range and using lead abatement hand wipes after firing.

Chronic lead exposure is known to cause hypertension, depression, memory loss, neuropathy, infertility, impotence, miscarriages and cardiovascular disease in adults and brain damage and developmental and physical disabilities in children.

But the authors noted that even mild exposure and low-level toxicity may affect readiness, causing subtle symptoms such as decreased attention spans, slower thinking or depressed reaction times that “could have an adverse impact on an affected individual’s physical and psychological performance.”

The authors noted that the study has its limits — it only focused on a small number of participants and lacked “before” and “after” data from individuals, relying instead on the test results taken across the span of two years.

Because the data were from the population and not individuals, the results don’t show that the mitigation was responsible for the lower blood lead levels, only that there was an association between the changes and the decreases.

The authors suggested that additional measures could be taken to reduce exposure, such as using lead-free ammunition; improving range ventilation systems; providing sinks and running water at every range; using special wipes, soap and laundry detergent; and improved monitoring and surveillance.

Related: These Troops are Slowly Being Poisoned by Lead in Their Bones

© Copyright 2021 Military.com. All rights reserved. This material may not be published, broadcast, rewritten or redistributed.