He recently wrapped filming the Men In Black spin-off.

But it appears that Chris Hemsworth left little time for himself between projects, jetting off to India soon after to film DHAKA.

The actor took to Instagram on Wednesday to share pictures from the set of the movie, where he has been busy shooting gruelling action scenes and mingling with the locals. 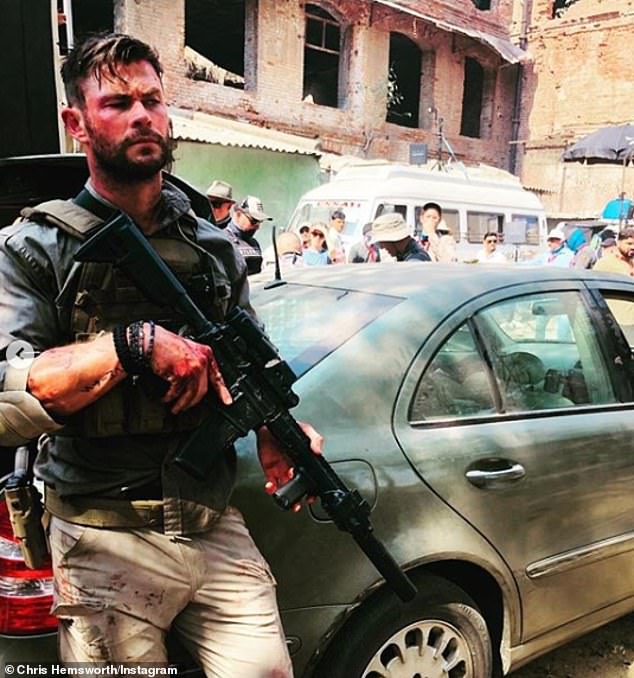 A man of the people! Chris Hemsworth  (pictured) shared more photos from behind the scenes of his new movie in India this  week and took a break from the gruelling action shoots to delight his adoring fans with autographs and selfies

The series of photos showed the 35-year-old appearing bloodied and bruised as he posed in front of car.

Dressed in character, the Australian native had a serious expression while wearing an army uniform and gripping a rifle.

The down-to-earth actor seemed to have delighted his adoring Indian fans during his breaks from his gruelling schedule. 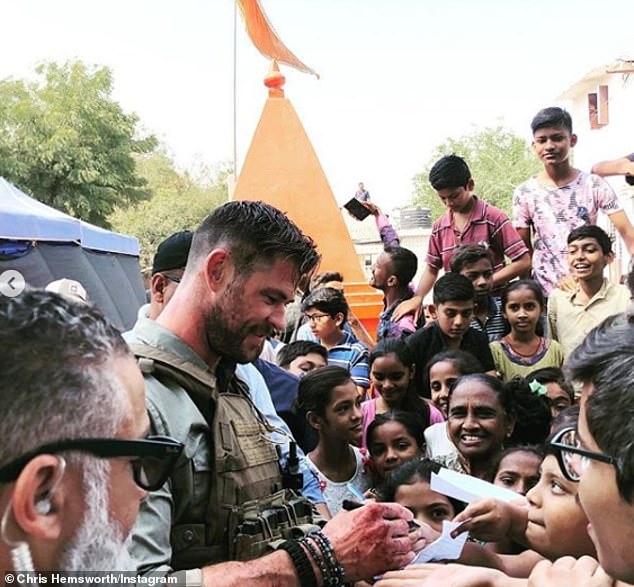 Celebrity status! Some snaps featured the 35-year-old happily signing autographs and chatting to the locals

In the pictures, he even appeared to have fake blood on his knuckles, possibly after filming a fight scene.

‘Week one down here in India,’ he captioned the post.

‘By far some of the most intense action sequences I’ve been apart of and the heat certainly adds an edge to it but damn we’re getting good stuff! Gonna be unreal.’ 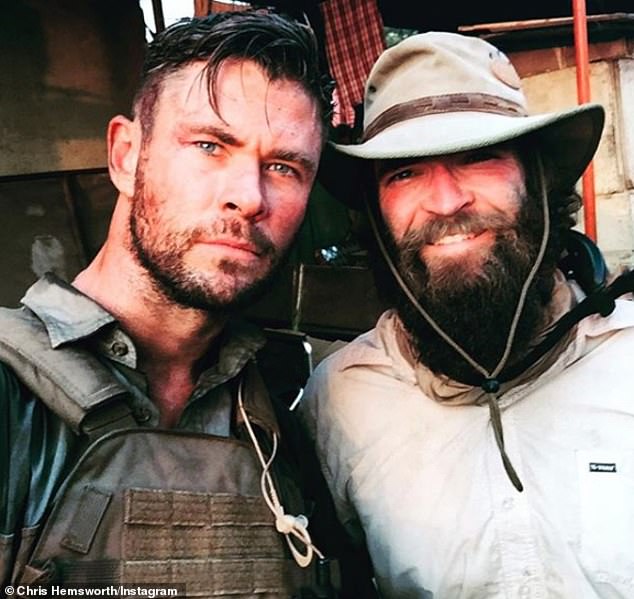 Stuck into filming! ‘By far some of the most intense action sequences I’ve been apart of and the heat certainly adds an edge to it but damn we’re getting good stuff,’ Chris wrote. Pictured with the film’s director Sam Hargrave

Earlier this week, Chris posed for a selfie with fans and shared the result on social media.

‘Beyond thankful for the kindness and generosity that the people of India have extended to us while making our little film here,’ he wrote.

DHAKA, is a ‘kidnap extraction drama’ where the Bad Times At The El Royale star plays a mercenary who is hired to save the son of a businessman. 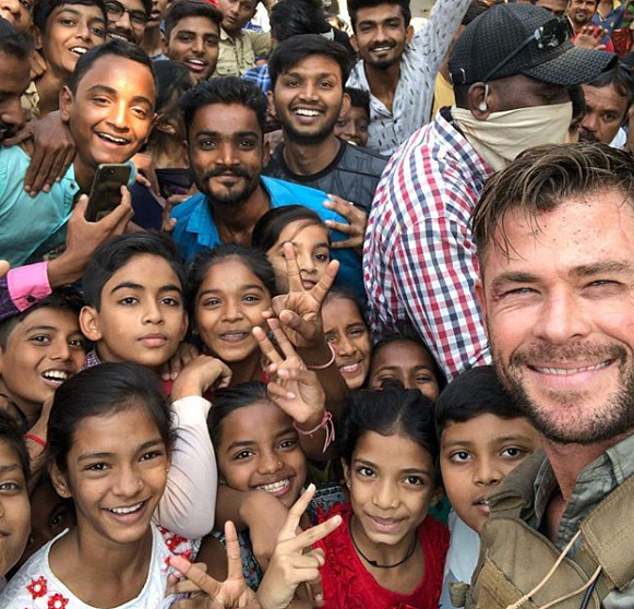 Mingling with the locals: Earlier this week, Chris posed for a selfie with fans and shared the result on social media