New Delhi’s tourism industry is facing a crisis as the damaging levels of pollution in the Indian capital is blamed for deterring visitors.

Some New Delhi tour operators say their visitor numbers have declined by ten to 25 per cent because of the smog that has been enveloping the city for weeks.

Pollution in New Delhi is currently at a record-breaking high, with poisonous air particles measured at 14 times the U.S. government recommend levels earlier this month. 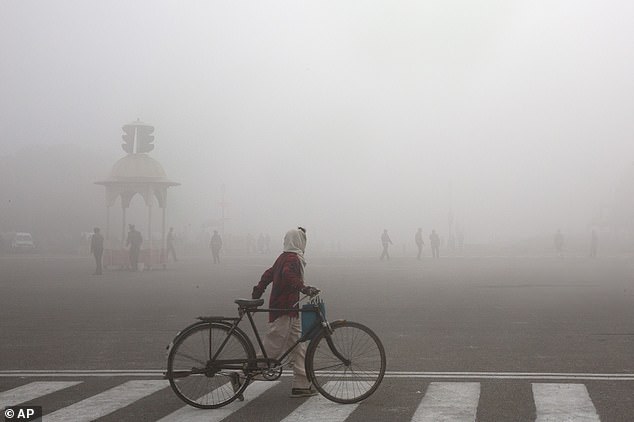 Photos taken today show locals struggling to make out the road in front of them as they travel around the city, and Indian Army soldiers trying their best to get through parade rehearsals in the smog.

The national tourism trade association, Assocham, warned in a 2017 report that Delhi is ‘bound to drop off from the map of international tourists’ unless the air quality is improved.

Rajan Sehgal, who runs agency Airborne Travels, told the Financial Times that their bookings had dropped by ten per cent year on year, with European tourists in particular cancelling their trips.

Another tour operator told the newspaper the number of visitors had declined by a quarter. 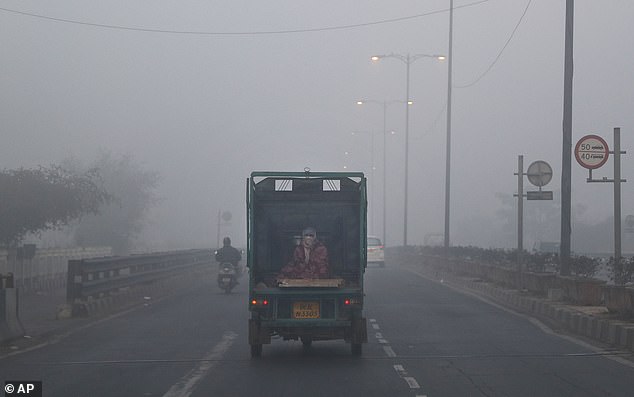 Bad weather: New Delhi is ranked among the world’s worst cities in air quality, after years of breakneck growth in auto sales and coal-fired power generation 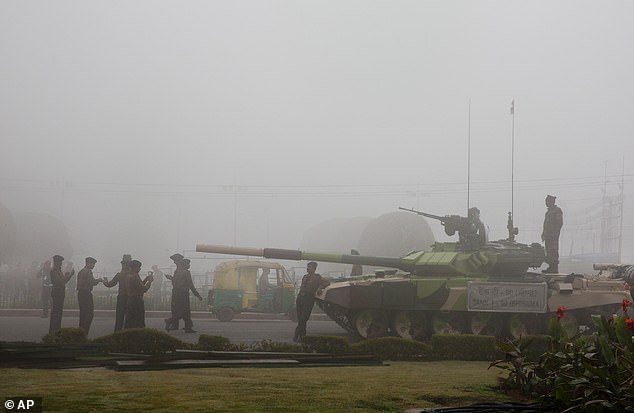 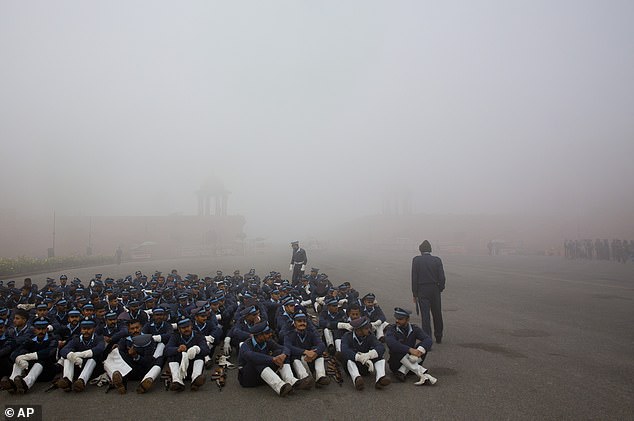 Earlier this month, levels of poisonous particulate matter, known as PM 2.5, hit 500 in some parts of the Indian capital – more than 14 times the U.S. government recommended level of 35.

Last year’s high was 450, which was reached on December 23 and saw most of the city spend Christmas-week indoors.

New Delhi is ranked among the world’s worst cities in air quality, after years of breakneck growth in auto sales and coal-fired power generation.

Environmentalists say the federal and city governments, while focusing on temporary responses, are side-stepping more effective, long-term measures that would hit at the sources of pollution and promote cleaner fuels. 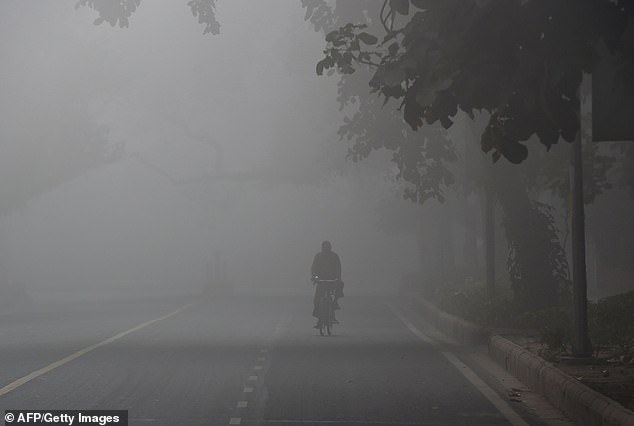 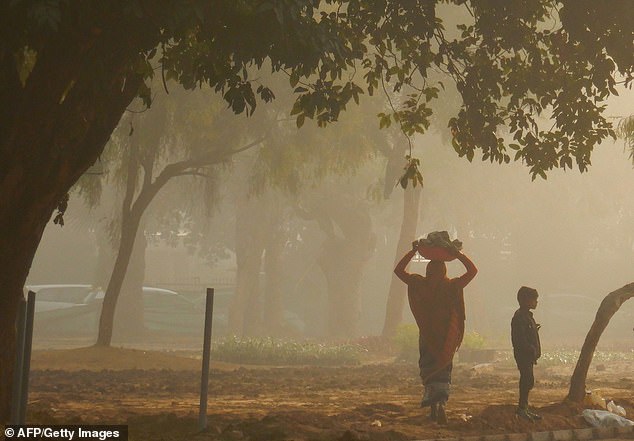 Neither the federal government of Prime Minister Narendra Modi nor Arvind Kejriwal’s Delhi government have announced any measures to fight pollution this year.

A sharp drop in temperatures and wind speed, combined with vehicle and industrial emissions, dust from building sites and smoke from garbage burning has boosted pollution over much of north India, including New Delhi, home to more than 20 million.

India is home to the world’s 14 most polluted cities, with New Delhi the sixth worst, the World Health Organization said in a report this year.