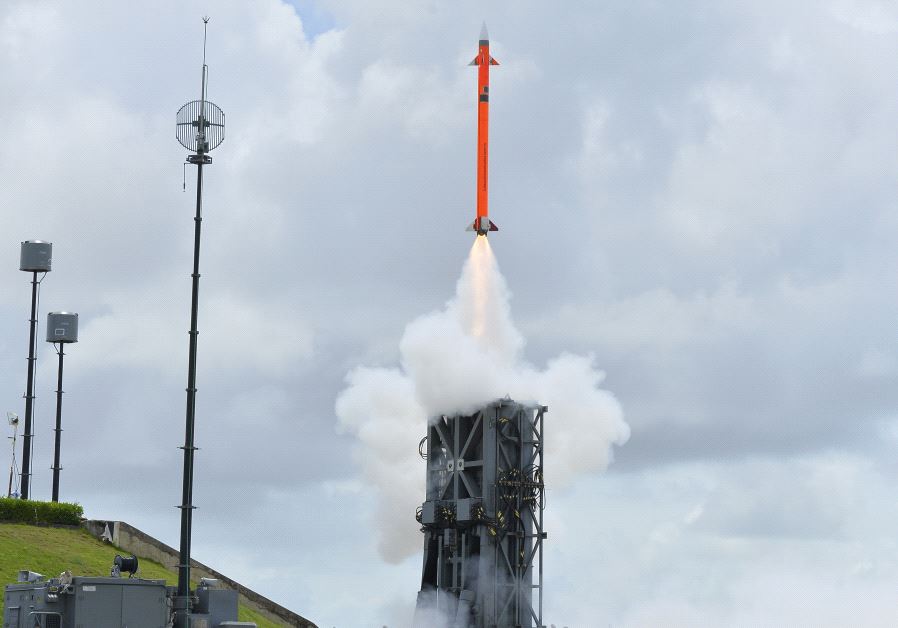 
As you can imagine, more people are reading The Jerusalem Post than ever before.
Nevertheless, traditional business models are no longer sustainable and high-quality publications,
like ours, are being forced to look for new ways to keep going. Unlike many other news organizations,
we have not put up a paywall. We want to keep our journalism open
and accessible and be able to keep providing you with news
and analyses from the frontlines of Israel, the Middle East and the Jewish World.

As one of our loyal readers, we ask you to be our partner.

For $5 a month you will receive access to the following:

Help us grow and continue telling Israel’s story to the world.

UPGRADE YOUR JPOST EXPERIENCE FOR 5$ PER MONTH

Under the contracts, which were signed with the Indian Navy and Cochin Shipyard Limited (CSL), IAI will provide complementary systems for the system. They involve follow up orders for a range of maintenance and other services for various sub-systems of IAI’s advanced MSRAM.

The MR-SAM system, jointly developed by India’s Defence Research and Development Organisation (DRDO) in close collaboration with Israel’s Israel Aircraft Industry (IAI)’s Elta, RAFAEL and additional companies in both countries, is used by Israel’s navy as well as by India’s naval, air and ground forces.

Able to shoot down enemy aircraft at a range of 50-70 km., it will help to protect India from enemy aircraft, and will replace the country’s aging air defense systems.

The missiles, which can be fired in single or ripple firing modes from a vertical position, are launched in canister configuration, and the launcher will have eight canisterized missiles in two stacks. The system also features an advanced radio frequency (RF) seeker and can determine if the identified target is a friend or if it belongs to an enemy.

Last week India successfully tested the Barak 8 from the naval warship INS Chennai against an incoming aerial target flying at a low altitude. The test, which assessed the potential collaboration between ships for the first time, took place off the coast of Odisha in eastern India and saw the Barak 8 LRSAM destroy the incoming target with a direct hit.

“The interception scenario, which was executed successfully, demonstrated how the operational force of the defense system can be doubled regionally, rather than topically,” the company said in a statement.

“The follow-up orders provide additional evidence of the satisfaction and trust of our Indian partners in respect to the MRSAM family,” said Boaz Levi, executive vice president and general manager of Systems, Missiles & Space Group, adding that the test of the system “demonstrated the advanced technological capabilities of the air defense system as well as our collaboration between IAI, its partners in India’s navy, the local Indian industry and our colleagues at IAI’s ELTA and RAFAEL. This is a badge of honor for the entire Israeli industry.”

Israel has been supplying India with various weapons systems, missiles and unmanned aerial vehicles in recent years, making the Asian giant one of Israel’s largest buyer of military hardware with annual sales worth over $1b.

The first three Phalcon AWACS were obtained by the Indian Air Force in 2009 after a $1.1b. deal was signed between India, Israel and Russia in 2004.  The system is mounted on a Russian Ilyushin-76 heavy-lift aircraft.