Both sides would first focus on to pull back additi­onal troops deploy­ed in Ladakh, say Indian offici­als 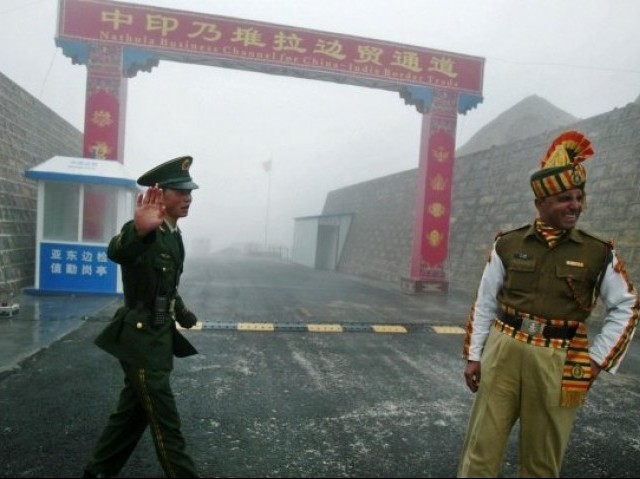 Both sides would first focus on to pull back additional troops deployed in Ladakh, say Indian officials. PHOTO: AFP/FILE

NEW DELHI: India and China agreed on Friday to resolve a dispute over their shared border in the Ladakh region through diplomatic channels, the Indian foreign affairs ministry said in a statement.

The statement came a day before top generals of the two countries are due to meet near the site of their border standoff to try and find a way to de-escalate the situation.

Indian officials said both sides would first focus on getting both the Indian army and the People’s Liberation Army to pull back additional troops and equipment deployed in the area.

Soldiers from both sides have been camped out in the Galwan Valley in the high-altitude Ladakh region, accusing each other of trespassing over the disputed border, the trigger of a brief but bloody war in 1962.

Senior officials of the two countries held a video conference and agreed that “the two sides should handle their differences through peaceful discussion” and should not allow them to become disputes, the foreign affairs ministry statement said.

In Beijing, Geng Shuang, a spokesperson of China’s foreign affairs ministry, told reporters that the overall situation in the China-India border areas was currently “stable and controllable.”

While maintaining close communication through diplomatic and military channels, both sides are working to “properly resolve relevant issues,” the spokesman said, according to the statement posted on China’s foreign affairs ministry website.

Both sides recalled the consensus reached by their two leaders that peaceful, stable and balanced relations between India and China would be positive for stability in the current global situation, the Indian statement said.