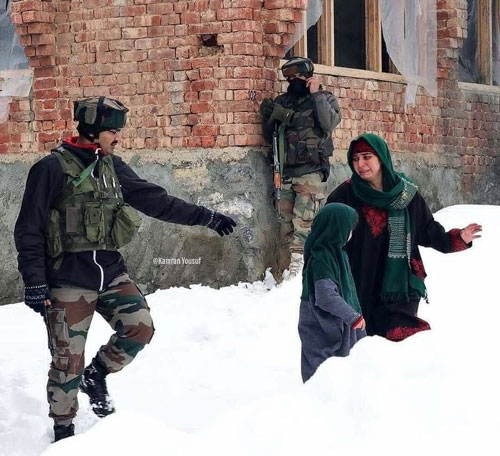 In Indian illegally occupied Jammu and Kashmir, the Jammu and Kashmir Mass Movement (JMMM) has said that the siege and search operations by Indian Army have turned the lives of the Kashmiri people into hell.
Mass Movement Secretary Information Shabbir Ahmed in a statement in Srinagar said that the brutal use of military force and cruel acts pose a serious threat to peace and security in the region. He said that fascist Indian government under the leadership of Narendra Modi has intensified its efforts to impose the RSS’s Hindutva agenda in Jammu and Kashmir and is working on a plan to eradicate the region’s Muslim identity.
He said that Kashmiri people were facing the worst state terrorism and even political and human rights activists who raise their voice against Indian domination and oppression are being victimised.
Shabbir Ahmed said that India would never succeed in suppressing the sentiments of Kashmiri people for freedom and they would continue their struggle till complete victory.
Expressing concern over the plight of Kashmiris lodged in Indian jails, he said that the detainees were deprived of medical facilities. He demanded the release of Aasiya Andrabi who is critically ill and said that she was being subjected to political revenge and her release was being deliberately obstructed.—KMS