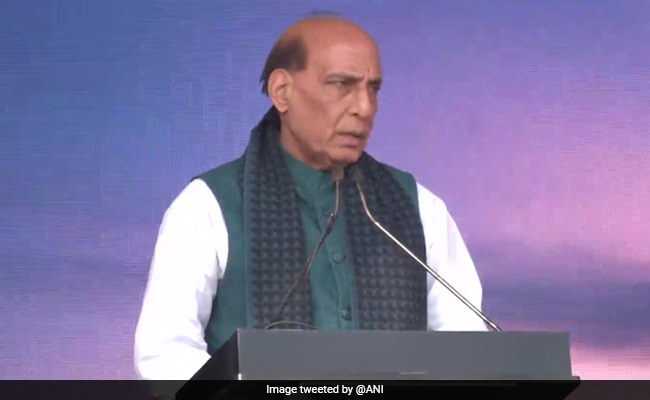 It has never been the character of India to attack another country, Rajnath Singh said (File)

India wants to manufacture BrahMos missiles not to attack any country but to ensure no country has the audacity to cast an evil eye on it, Defence Minister Rajnath Singh said today, stressing the need for maintaining nuclear deterrents.

“We want to manufacture BrahMos on Indian soil so that no country has the audacity to cast an evil eye on India,” he said, referring to the missile that is capable of carrying a nuclear warhead.

The defence minister laid the foundation stone of the Defence Technologies and Test Centre and the BrahMos Manufacturing Centre in Lucknow, along with Uttar Pradesh Chief Minister Yogi Adityanath, today.

“There is a neighbouring country. It got separated from India sometime back. I don’t know why its intentions vis-a-vis India are always bad. It committed acts of terrorism in Uri and Pulwama,” the defence minister said, referring to Pakistan.

“And then our Prime Minister took a decision. We went in and destroyed terrorist hideouts in that country, and when there was a need for airstrikes, we did that successfully. We gave the message that if somebody dares to cast an evil eye on us, then not just on this side of the border, we can go to the other side and hit them. This is India’s strength,” Mr Singh said.

India carried out cross-border strikes in September 2016 and February 2019 in response to terror attacks in Uri and Pulwama.

Speaking on the occasion, Yogi Adityanath said, “The stand of the country is clear. It does take security lightly. This is the new India – it does not provoke first, but also does not spare anyone who provokes it.”