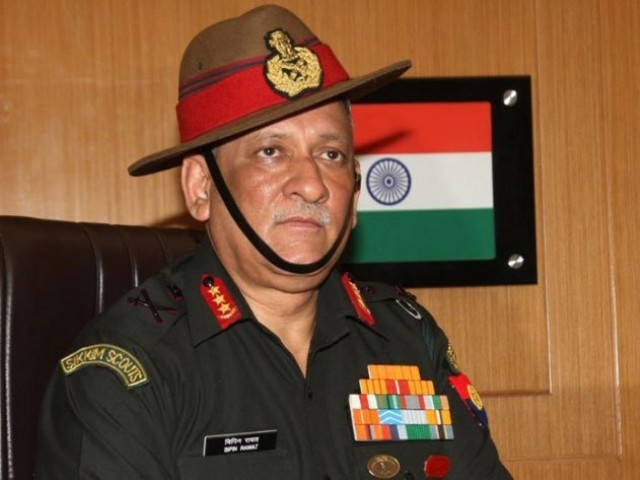 NEW DELHI: India’s army chief drew flak on Friday for saying gay sex would not be tolerated among soldiers, months after the country scrapped a colonial-era ban on same-sex relations.

General Bipin Rawat said gay sex was unacceptable in his army – one of the largest in the world with more than a million soldiers – drawing accusations of homophobia.

“If you guys (civilians) want to do it, go ahead, but it will not happen here,” Rawat said on Thursday at a press conference in New Delhi about the verdict.

“I am not saying we are above the law but we will see. I can’t say what will happen 20 years down the line.”

In a landmark judgement last September, India’s Supreme Court struck down a law banning gay sex that dated back to British rule.

India’s military forces are governed by their own laws, which restrict certain constitutional rights that are enjoyed by civilians.

The Army Act criminalises “any disgraceful conduct of a cruel, indecent or unnatural kind”, with jail terms of up to seven years.

Rights campaigners said Rawat’s comments were irresponsible, accusing him of a “witch-hunt”.

Homosexuality will not be tolerated, says Indian army chief

“I wouldn’t say his comments are just homophobic, I would say they are ill-informed and ignorant,” said activist Ashok Row Kavi.

“He must understand that he is heading one of the largest fighting forces in the world and this force is bound to have a large number of homosexuals whether he likes it or not.

“General Rawat must look into their happiness, good health and general welfare. He should not go on a witch-hunt and persecute them. It’s ridiculous.”

Anand Grover, who was among the lawyers who led the legal challenge against the ban, said it was “very bad” for a person of Rawat’s stature to say such a thing.

“A gay person in the army would feel completely discriminated, (with) dignity impaired … they would feel like they are criminals,” he told the Thomson Reuters Foundation. This is not the first time General Rawat has sparked controversy.

In a television interview last month he said women were not ready for combat roles, citing the responsibility of raising children and the possibility they would be uncomfortable on the front line.