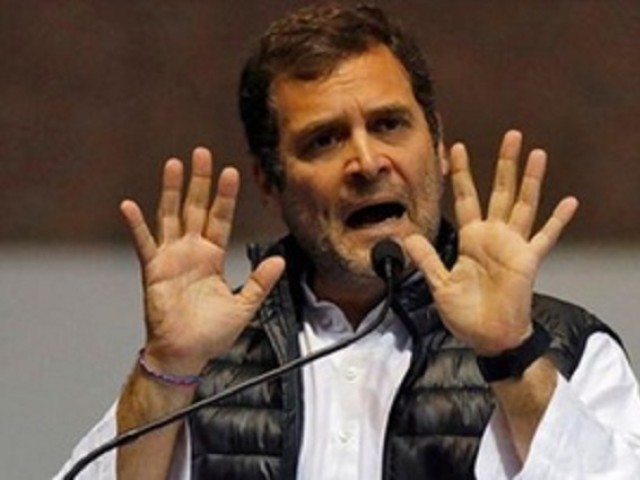 NEW DELHI: India’s main opposition Congress party said on Thursday it would scrap a decree passed by Prime Minister Narendra Modi’s government prescribing jail terms for Muslim men seeking an instant divorce if the party wins an election due by May.

Modi’s Hindu nationalist Bharatiya Janata Party (BJP) in January issued an executive order making the practice – which allows Muslim men to divorce their wives by saying the word “talaq”, or “divorce” in Arabic, three times – an offence punishable with up to three years in jail.

The order was issued after a bill that had sought to make the practice a non-bailable offence faced resistance from Congress and some other parties in the upper house of parliament despite being approved by the lower house late last year.

Modi has said the action is necessary to empower women, but Congress said it unfairly punished Muslim men.

“We oppose it because it is another weapon devised by Narendra Modi to imprison Muslim men or drag them to police stations,” Sushmita Dev, president of the women’s wing of Congress, said in a speech.

“I promise to you that a Congress government will come to power in 2019 and we will scrap this triple talaq law,” she said.

Dev was speaking at a meeting of minority members of the party, where Congress President Rahul Gandhi said to loud cheers that “irrespective of your language, religion, caste, Congress party will always protect you”.

The BJP, which hopes to win the support of Muslim women by taking on a divorce practice banned in Muslim-majority nations such as Pakistan and Indonesia, called the Congress’ plan the “height of appeasement”.

“Neither Muslim women nor the Indian public will forgive them for such a regressive thought,” BJP spokesman Sambit Patra told reporters.

The government first issued an ordinance against the practice in September, after instances of Muslim men divorcing their wives over the messaging app WhatsApp, or for reasons such as poor cooking.