PUNE: Sachin Gupta and Paras Hooda won the boys Under-21 and Under-17 recurve golds, respectively, to lift Haryana to top of the medals charts at the archery competition in the Khelo India Games on Sunday.

Haryana finished with a total of seven medals, including two silver and three bronze.

Gupta emerged a comfortable winner over favourite fellow Army Sports Institute trainee B Dhiraj of Andhra Pradesh, by beating him 6-2 in the under-21 category.

Hooda, 13, showed mental toughness to come back from 2-4 down to beat team-mate Rahul by winning the last two sets, a media release said.

Meanwhile, Maharashtra’s Sakshi Shitole and Isha Ketan Pawar won the girls Under-21 recurve and girls Under-17 compound gold medals, respectively, to help the home state take the second spot with four medals, including a silver and a bronze. 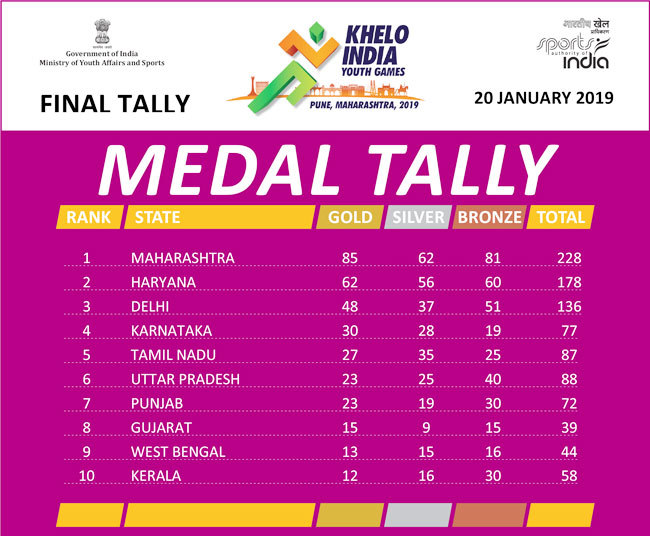 Another Asian Games athlete, Punjab’s Sangampreet Singh (boys under-21 compound) and Delhi’s Ritik Chahal (boys under-17 compound) were the other gold medal winners as the curtains came down on the archery competition.