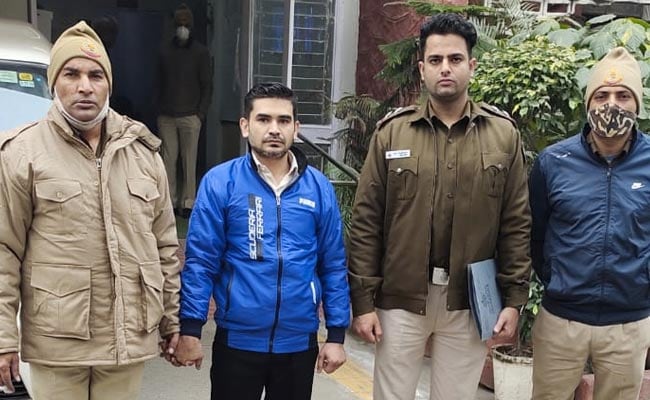 A further investigation is on in the matter, police said.

A 35-year-old man impersonating as Chief Judicial Magistrate (CJM) of Gurgaon was arrested during a vehicle checking drive at Paharganj circle, police said on Sunday.

The drive was being carried out by the Delhi traffic, and the arrest was made with the help of central district police, they said.

Lovleesh Sharma, a resident of Narela, used to introduce himself as CJM to throw weight around and during inquiry, confessed obtaining a pistol – found in his possession — from a man named Rakesh hailing from Bihar, they said.

The arrest was made on Saturday evening when the accused, driving a car with a red beacon, was stopped at Rani Jhansi Chambery for coming from wrong side, police said.

When asked to produce his driving licence, he engaged in an altercation with traffic staff and introduced himself as Chief Judicial Magistrate of Gurgaon.

He started threatening the staff when he was asked to produce his ID card, a senior police officer said.

When the local police reached the spot, the accused and his car was searched during which a pistol with six rounds without a valid license was recovered.

A fake CBI Public Prosecutor I-card, a fake shield and medals of CJM, fake visiting cards printed in the name of Lovleesh Sharma with CJM as designation, and a fake stamp of CJM were also recovered from his car, Shweta Chauhan, Deputy Commissioner of Police (Central) said.

The number plate of car was also found to be defaced deliberately, she said.

A further investigation is on in the matter, police said.