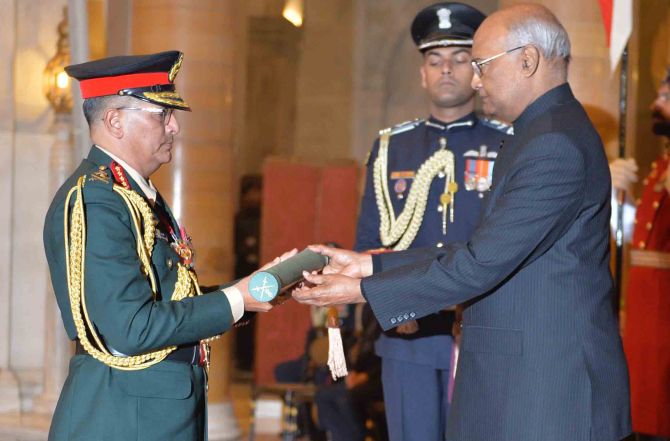 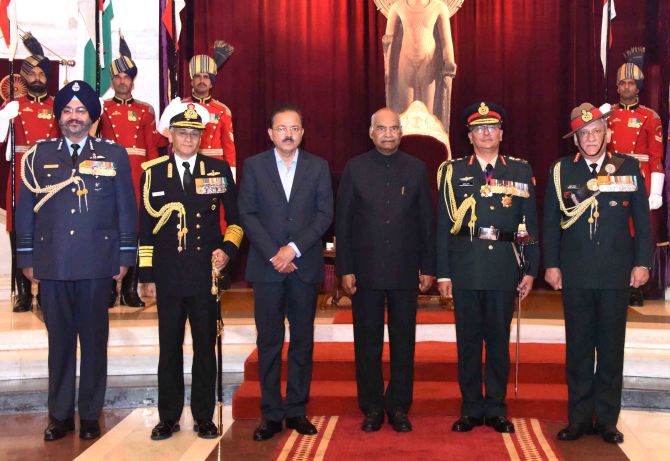 The event was attended by Subhash Bhamre, Union Minister of State for Defence, chiefs of the three services and senior officers from the armed forces. Photograph: Rashtrapati Bhavan 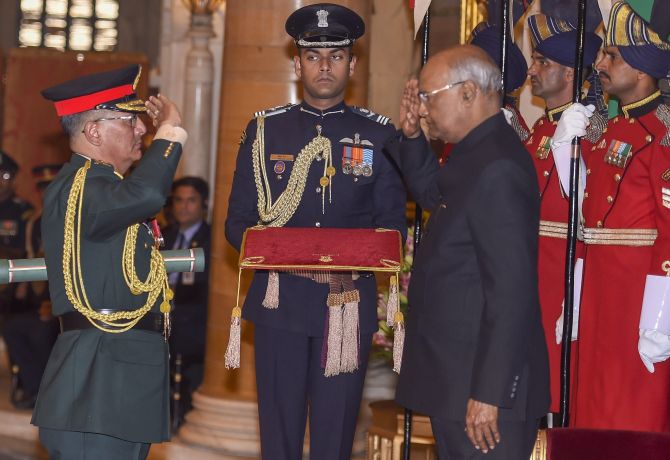 ‘In recognition of his commendable military prowess and immeasurable contribution to further fostering the long and friendly association with India, the President of India is pleased to confer the honorary rank of the General of the Indian Army on General Purna Chandra Thapa,’ the citation read. Photograph: Atul Yadav/PTI Photo 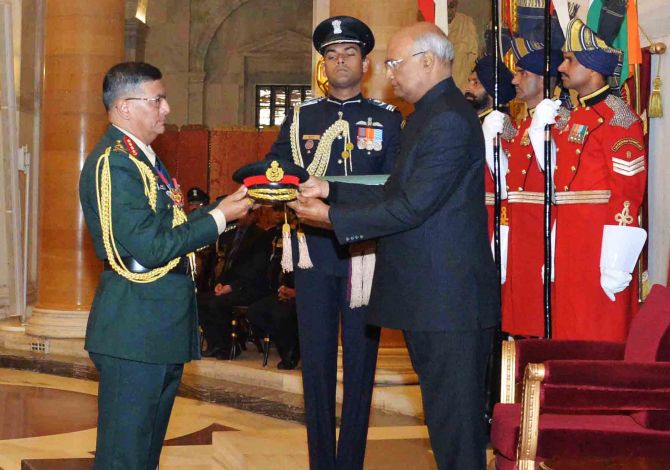 Commissioned into the Nepali Army in 1980, the general is a graduate of the National Defence College, India and Army Command and Staff College, Nepal. Besides holding Bachelors degree from Tribhuwan University (Nepal), he also holds a Masters Degree in Defence and Strategic Studies from the University of Madras. Photograph: Rashtrapati Bhavan 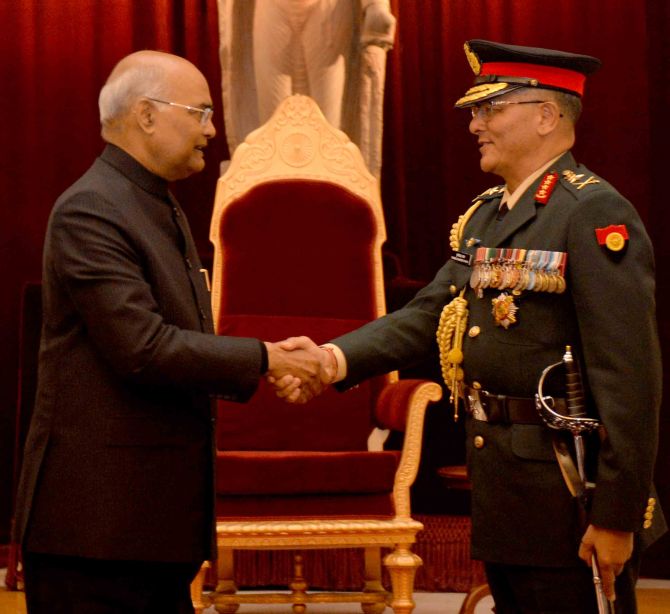 During his 39-year-long service, he has commanded an Infantry Batallion, an Infantry Brigade, and has served as General Officer Commanding, Valley Division and served as a military secretary in the Army headquarters. His overseas assignments include serving at the Golan Heights, Lebanon and former Yugoslavia under the United Nations banner. Photograph: Rashtrapati Bhavan

© Copyright 2019 PTI. All rights reserved. Republication or redistribution of PTI content, including by framing or similar means, is expressly prohibited without the prior written consent.