The recent border issues with China have drawn into focus the relationship between the two Asian giants, fractious since at least 1962.


While the international Global Firepower ranking of countries’ military strength puts China and India at third and fourth position, respectively, the gap is much wider than the positions suggest.


The engagement more than half-a-century ago had marked one of the few times when India spent generously on increasing its military capabilities. Spending has since seen the occasional surge but has largely been trending downwards (chart 1).


Lower allocations has meant a widening gap between India and China in terms of the absolute amount being spent on meeting military objectives, especially over the past decade or so. China spends over 3.6 times the amount India spends every year now (chart 2). This has translated into a better-equipped air force (chart 3) as well as rising naval capabilities (chart 4). India has more people if one includes reserve personnel (3.5 million vs 2.7 million), though China has more in active service. But there is a significant difference in terms of land equipment and weaponry (chart 5).


There have been calls for an economic response. Boycotting Chinese goods has been suggested as a disincentive against military adventurism. However, data shows that India accounts for only around 3 per cent of China’s total exports (chart 6). China is a bigger part of India’s export basket, which means a reciprocal action is likely to affect India’s exports more than it would affect China’s (chart 7). The trade deficit that India has with China reduced from its recent high of over $63 billion. In absolute terms, it is at the same level as in 2014-15 (chart 8). 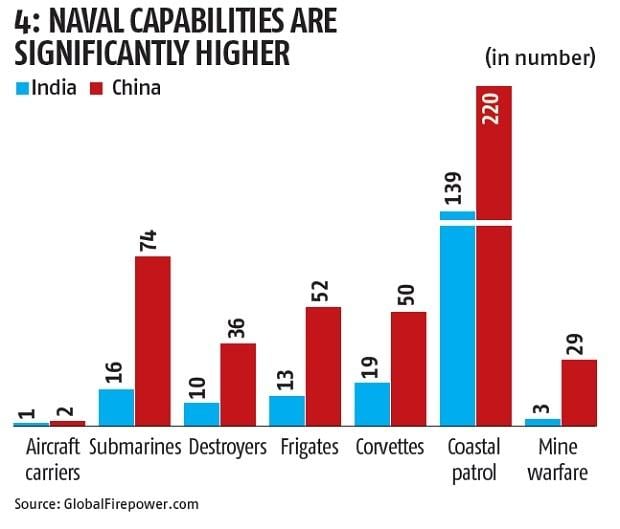 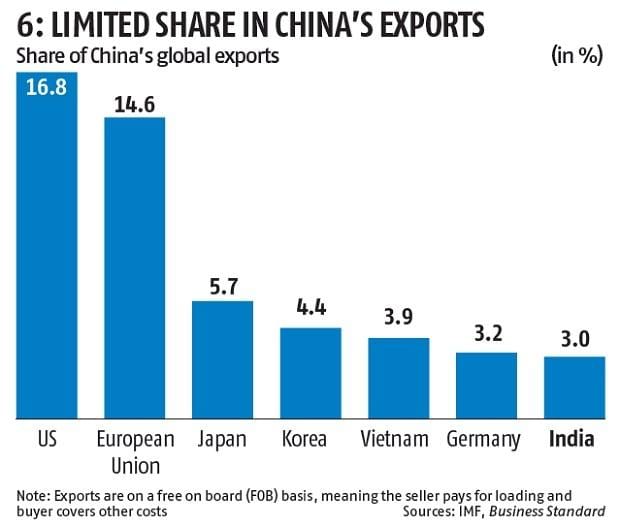 StatsGuru is a weekly feature. Every Monday, Business Standard guides you through the numbers you need to know to make sense of the headlines. Compiled by BS Research Bureau