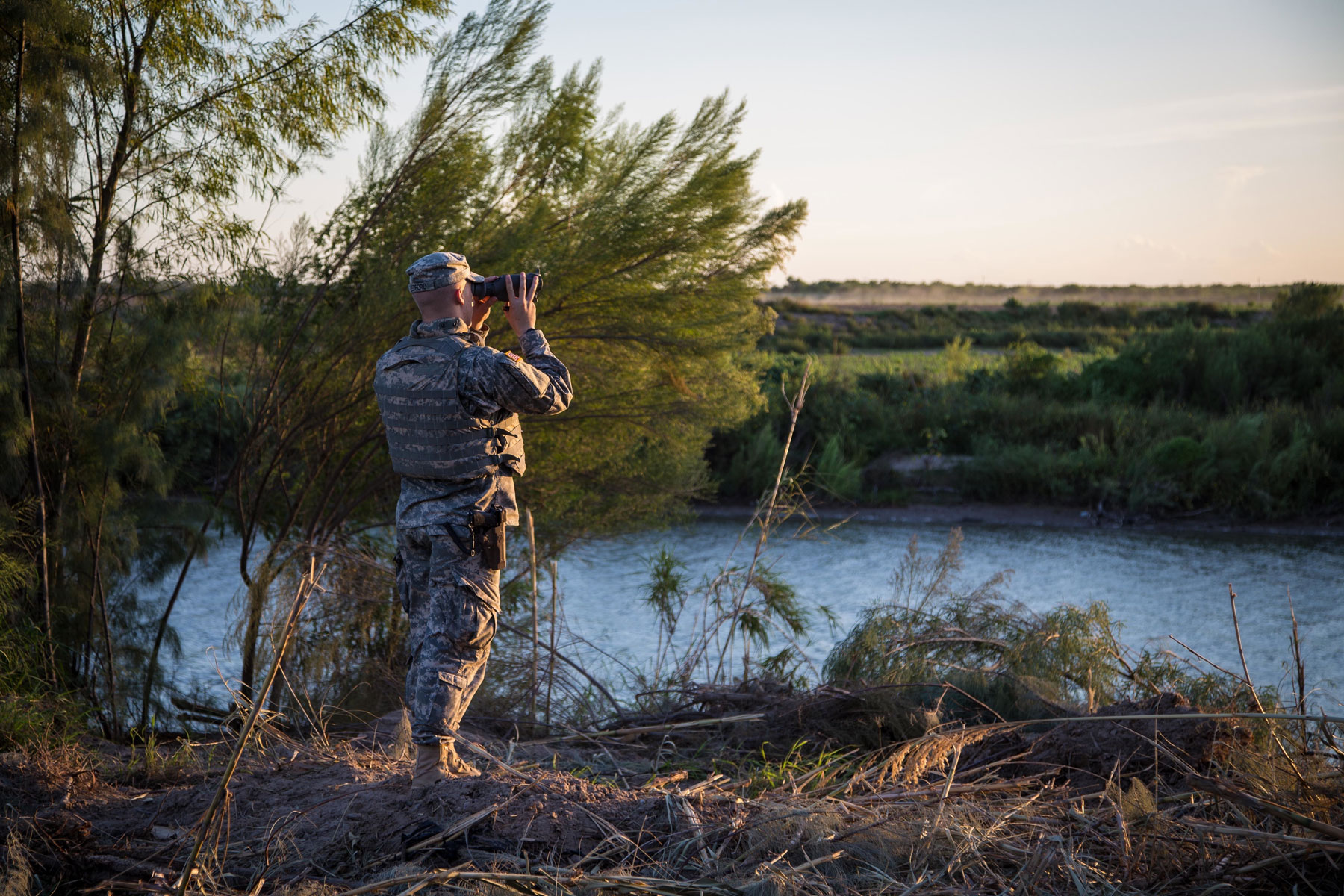 About 1,000 of the more than 5,200 active duty troops being deployed to the southern border have already arrived in Texas and additional troops on top of the 5,200 are preparing to go, Air Force General Terrence O’Shaughnessy, commander of U..S. Northern Command, said Tuesday.

“What I can confirm is there will be additional force over and above the 5,239” in Operation Faithful Patriot, O’Shaughnessy said.

Operation Faithful Patriot is the mission to reinforce U.S. Customs and Border Patrol in its efforts to stop the “caravan” of migrants heading north from Central America.

In an informal briefing with Pentagon reporters Tuesday, O’Shaughnessy did provide figures regarding the first wave of active-duty troops headed to the border and where they were deploying from.

O’Shaughnessy confirmed that about 1,000 active duty troops from the initial projected total of 5.239 had arrived in Texas Tuesday and would operate out of Joint Base San Antonio.

He said the active duty troops would be in the command of Army Lt. Gen. Jeff Buchanan, the Army North commander who last year commanded troops responding to Hurricane Maria in Puerto Rico.

O’Shaughnessy could not immediately say how many troops would be In the additional force, or give a projection on how much the deployments would cost.

“I don’t have an answer for you,” told the gaggle of reporters.

The eventual number of troops to be sent to the border was as yet undetermined as the Defense Department seeks to “refine the requests” coming from CBP and the Department of Homeland Security at the direction of President Donald Trump, O’Shaughnessy said.

Earlier Tuesday, Stars and Stripes, citing a U.S. defense official, said that “several thousand” more troops were on standby for border duty in addition to the 5,239.

However, O’Shaughnessy disputed published reports that the eventual number of troops deployed to the border might reach 14,000.

The announcement of the continuing border buildup followed on a series of incremental steps taken by the Pentagon on Trump’s orders to repel what he has called an “invasion” by migrants and political asylum seekers from Central America heading north through Mexico.

In April, about 2,000 National Guard troops were sent to the border in support of CBP. Last Friday, the Pentagon announced that Defense Secretary Jim Mattis had agreed to the request from Homeland Security Secretary Kirstjen Nielsen for more troops.

Initial reports on that announcement were that the number of additional troops would be about 800 and they were also likely to be from the National Guard, but O’Shaughnessy and CBP Commissioner Kevin McAleenan said at a joint news conference Monday that more than 5,200 would be deployed, and they would all be active duty.

“In a macro sense, our concept of operations is to flow in our military assets with a priority to build up Southern Texas, then Arizona and then California,” O’Shaughnessy said, adding that troops would also eventually be sent to the New Mexico border. “We will reinforce along priority points of entry to enhance CBP’s ability to harden and secure the border.”

“What we’ve asked them to do is help to bolster our capabilities,” Nielsen told Fox News Oct. 25 “We’ve asked for some air support, for some logistics, some planning, vehicle barriers, engineering; ways in which we can make sure that I can protect my officers and agents, as well as the ports of entry themselves.”

O’Shaughnessy and McAleenan said that Army Corps of Engineers troops and combat engineer battalions would place more barriers and other obstructions at existing points of entry, and would also have available 150 miles’ worth of concertina wire to string at locations considered vulnerable.

In addition, the arriving active-duty troops would have fixed and rotary air assets to aid CBP in surveillance and transport to remote areas, and also to provide medical evacuations if necessary.

O’Shaughnessy stressed that all the troops were in a support role for CBP under the “posse comitatus” law, a reference to the 1878 Posse Comitatus Act that generally prohibits the military from conducting civilian law enforcement activities.

Troops will not be empowered to detain anyone in accordance with posse comitatus, but O’Shaughnessy said Tuesday there could be “incidental interaction” between the migrants and the troops.

The CBP agents were “absolutely the primary and principal members that will be handling specifically the migrants,” O’Shaughnessy said, but “there could be incidental interaction between our military members and migrants or other personnel that might be in that area.”

The troops, he added, would be fully trained on how to conduct those interactions.

“They’re going to understand the rules for that interaction and they’ll be consistent with CBP,” O’Shaughnessy said, though he did not define those rules.

McAleenan said that that troops would serve as a deterrent to the estimated between 4,000 and 10,000 mostly Central Americans in the so-called “caravan’ headed north, still nearly 1,000 miles from the border.

“I think part of the goal is to deter people from trying to cross between ports of entry,” said McAleenan, who joined O’Shaughnessy at a news conference Monday.

In his rallies leading up to the Nov. 6 midterm elections, Trump has repeatedly stressed the immigration issue and warned that “lots of bad people” — possibly from the Middle East or members of the Salvadoran MS-13 gang — may have infiltrated the caravan, although he acknowledged last week that he had “no proof.”

On Fox News’ Laura Ingraham program Monday night, Trump said “This has nothing to do with elections,’ but retired Army Lt. Col. Jason Dempsey called the deployment “an October, or maybe a November, surprise” that amounted to a “political stunt.”

“This is wasting soldier time, wasting taxpayer money,” said Dempsey, who served tours in Iraq and Afghanistan and is an adjunct senior fellow of the Military, Veterans, and Society Program at the Center for a New American Security.

In a phone interview with Military.com, Dempsey also questioned why active duty troops were needed for the strictly limited support and surveillance roles that could be carried out by the National Guard, and are already being performed by the Guard troops sent to the border in April.

— Richard Sisk can be reached at richard.sisk@military.com.