Tour to Delhi and Agra for border area students concluded

It was a moment of mixed feelings when on a beautiful Sunday morning, the bus carrying the NIT team arrived back in Singhat after successfully concluding the 14 day tour to Delhi and Agra.

The tour was organised by Singhat Battalion Assam Rifles and the team consisted of students and teachers belonging to various tribes. They represent the rich diversity that exists in the region of Singhat.

The flagging off was organised at Khuga on 06 Jan and the NIT team visited Delhi & Agra from 09 Jan to 17 Jan. During the two week tour, they had a rich variety of experiences and they interacted with various dignitaries. 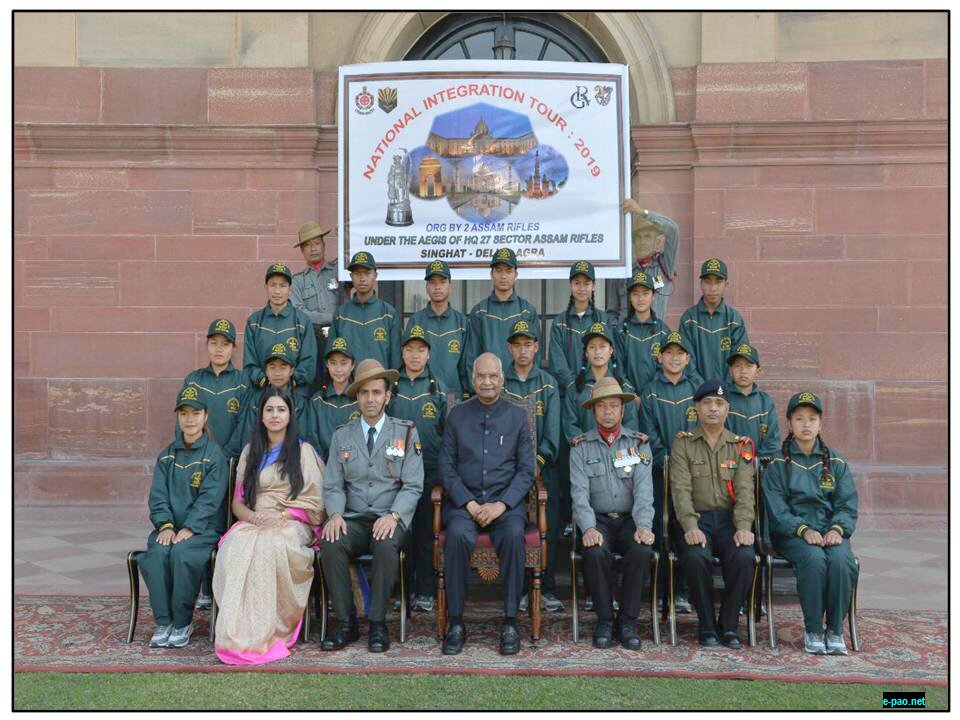 It was a matter of great honour and proud privilege when the team got a once in a lifetime opportunity to interact with the Honourable President of India, Shri Ram Nath Kovind at the Rashtrapati Bhavan. This event was the highlight of this tour and will remain etched in their memories forever.

The students also interacted with GOC Delhi Area, visited places of cultural & historic significance such as Qutub Minar, Red Fort, India Gate, Taj Mahal, National Museums & witnessed the mesmerising Army Day Parade. Also the students were very happy after watching a 3D Movie which was an experience in itself.

The tour was planned for the students from the border villages of Singhat and Behiang to give them an opportunity to comprehend the vast assortment, customs and the developmental strides being made by our country in various fields. At the same time, it will also increase their awareness about the facets of urban life and the educational avenues that are there. This exposure will be helpful for fostering the spirit of national integration, expanding the horizons of the students and making a positive impact on them during their formative years.

During the flagging in, the students shared their personal experience of their maiden visit outside the state. They went home after the tour satisfied and enriched. 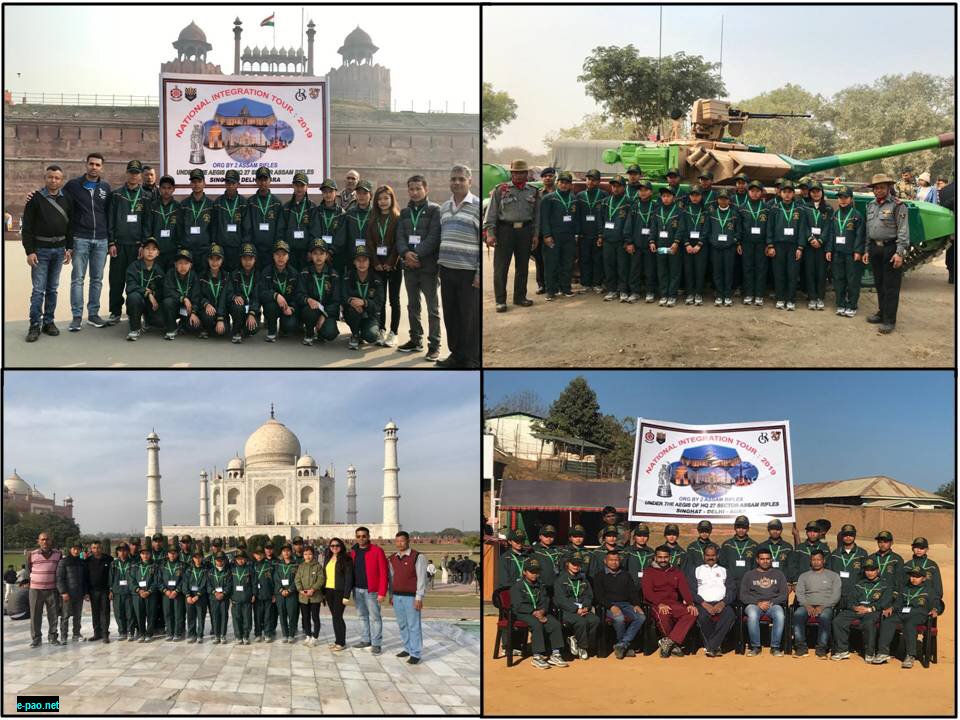 * This Press Release was sent to e-pao.net by Vipul Rakheja
who can be contacted at uvegotmail2003(AT)gmail(DOT)com

This Press Release was posted on January 21 2019